Micah promised his mom he wouldn’t stop until he graduated! 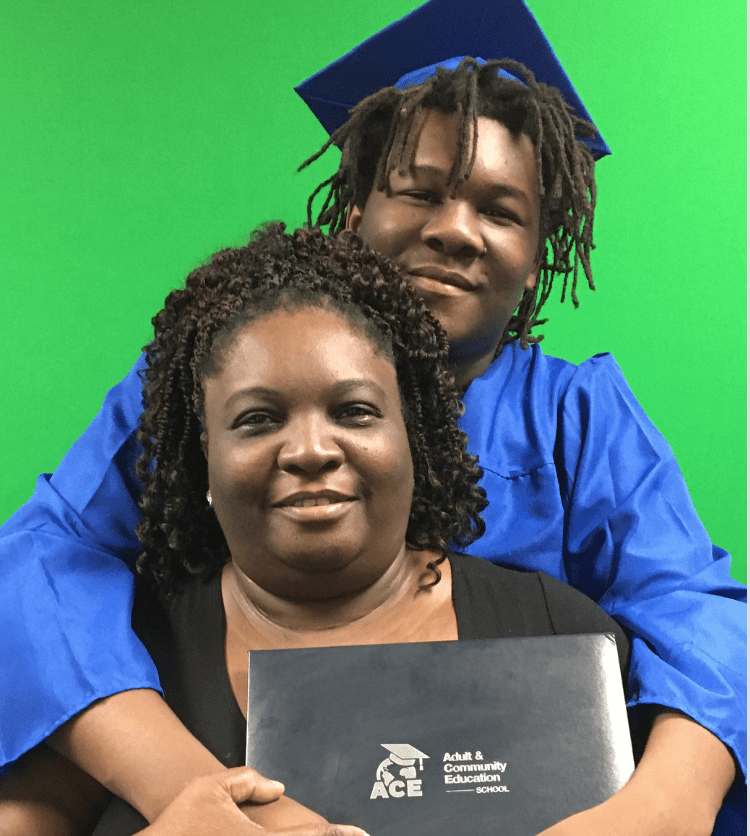 Seventeen-year-old Micah Xavier Ling is a second-generation Adult & Community Education School graduate and his Mom couldn’t be prouder of him.

“Micah had been telling me for a year he wanted to come to ACE,” his mother, Maggie Patterson, explained. “I didn’t let him come to ACE at first because I was afraid he would do like I did and start and then stop.”  Patterson said she didn’t earn her high school diploma until 2012 when she was 30 years old.

I told my Mom that I wouldn’t stop until I graduated Micah said. “I helped her realize why the traditional high school wasn’t working for me and I didn’t see how that was going to change. I needed a fresh start.”

Micah said his teachers and a different environment were what helped him succeed. At ACE “most people mind their own business. It’s easier to focus and stay out of the mix. There are no popular people coming at you. No people trying to stop you from going where you need to go. I was treated like an adult, not like a child.”

Patterson said with a big smile not only did Micah not quit, but he graduated a semester early!

One of Micah’s teachers, Constance Cleare, said at one point he was regularly absent so she made it a point to talk with him and try to motivate him. She knew he could pass the test with the right effort. She gave him a goal and told Micah and his Mother he could pass the GED® test by the end of October if he put in the effort. Micah passed the last section of the test in the middle of October!

“I know my teacher thought I was big-headed at times, but she didn’t dismiss me even when I challenged her on a math problem,” Micah said. “She treated with me respect and I gave it right back.

“It’s good to finally have success in my education!”  Micah breathed with a mixture of joy and relief. His father, Winfred Ling, who also graduated from ACE, is very proud of him. Both my parents went on to college and I plan to as well.  Micah is working with the school’s career pathways adviser to explore careers while completing his college application.

Brianna found success passing the GED® test when she didn’t give up!
November 23, 2020