Brianna found success passing the GED® test when she didn’t give up! 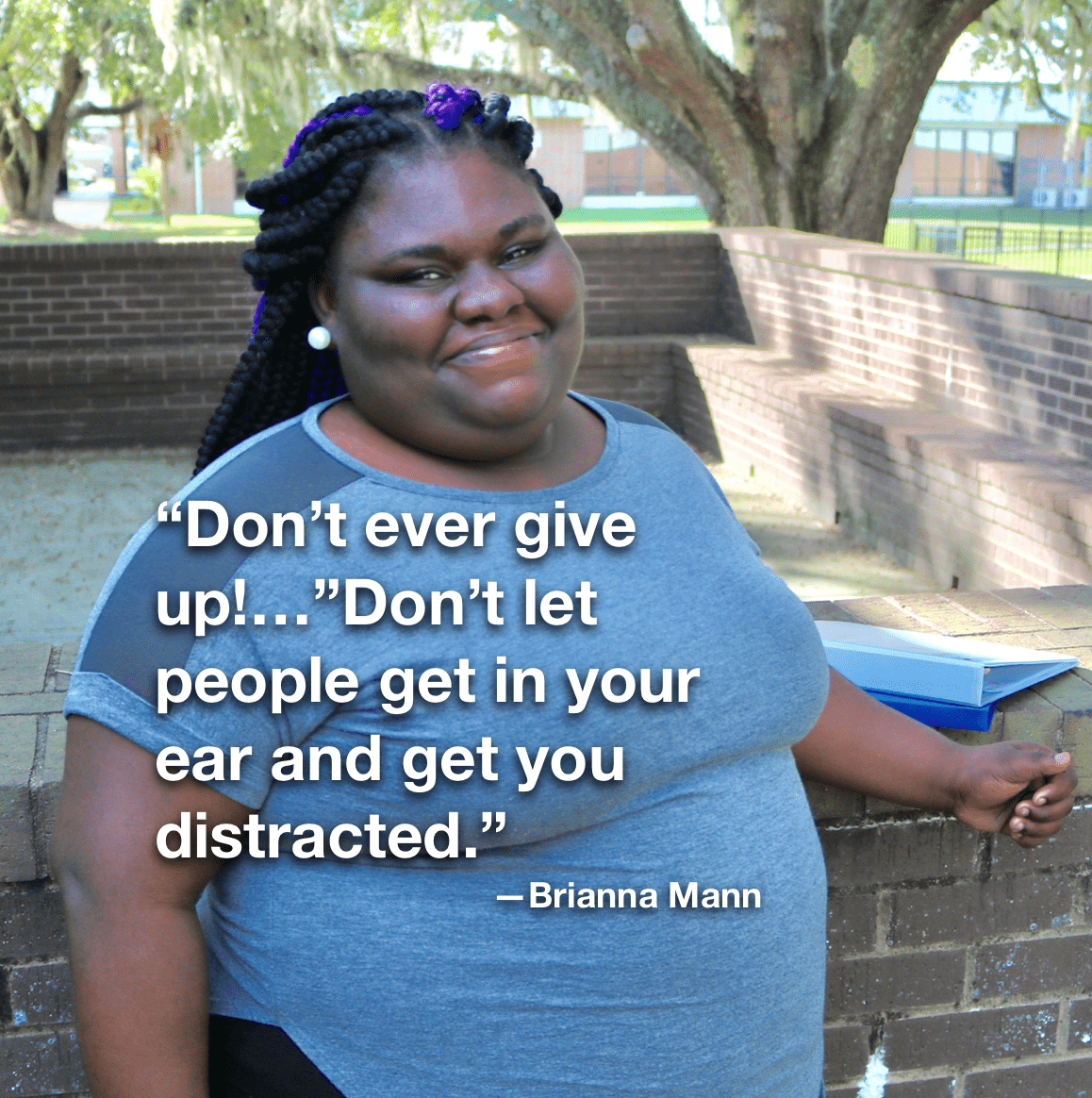 “Don’t ever give up!” Brianna said through tears of joy as she shared her story of passing the GED® test.

Brianna’s grandmother and constant encourager, Betty Savage, explained, there were a lot of tears of sorrow. “We both cried every time she didn’t pass that one section of the test.”

Brianna chose to enroll in GED® Prep classes after transferring between high schools meant she lost several credits. She wasn’t going to be able to graduate with her class in May 2021.

The 18-year-old, who works part-time at a grocery store, enrolled at ACE in January 2019.  She explained she was able to pass the math, language arts and science sections of the GED® without much problem. She took one section at a time and moved right along until she got to social studies. “The first time I took the social studies test I only missed passing by one point!

“The more I took the test the more frustrated I became and I started to doubt if I was ever going to pass it!”

Her teachers describe Brianna as an awesome student who was a joy to have in class and who has a great sense of humor. They kept encouraging her. If she missed class they called and told her she could do it and to not give up. Brianna’s grandmother kept saying, “Never give up Brianna. I know you can do this!”

Brianna said, “The fifth time I took the test I left the school and headed home. I turned off my phone because I didn’t want to see the email saying I had failed.” Brianna’s teachers, however, saw she passed and tried to call her. When they couldn’t get her, they called her grandmother and told her to tell Brianna to check her email.

“I was waiting at the bus stop when I turned on my phone and my grandmother was calling to congratulate me! I couldn’t believe it. I was just ready to give up and then I passed with 11 extra points! My grandmother said she was so proud of me for being the first of her grandchildren to earn a high school diploma!

“You never know how close you may be to succeeding if you give up,” Brianna said. “Don’t let other people get in your ear and get you distracted.” The recent graduate said she’s seen some friends who have been sidetracked listening to the wrong voices. “Listen to the voices that believe in you!”

Brianna said in addition to her grandmother there were plenty of voices at ACE that encouraged her including Principal Browning, Ms. Cleare, Ms. Bouie, Ms. Walker and Ms. Beasley.

By enrolling at ACE Brianna not only got back on track to graduate on time, but she graduated a semester early, she said. Now Brianna is ready to pursue her dream of a career in medicine by starting the nursing program at Lively Technical College.