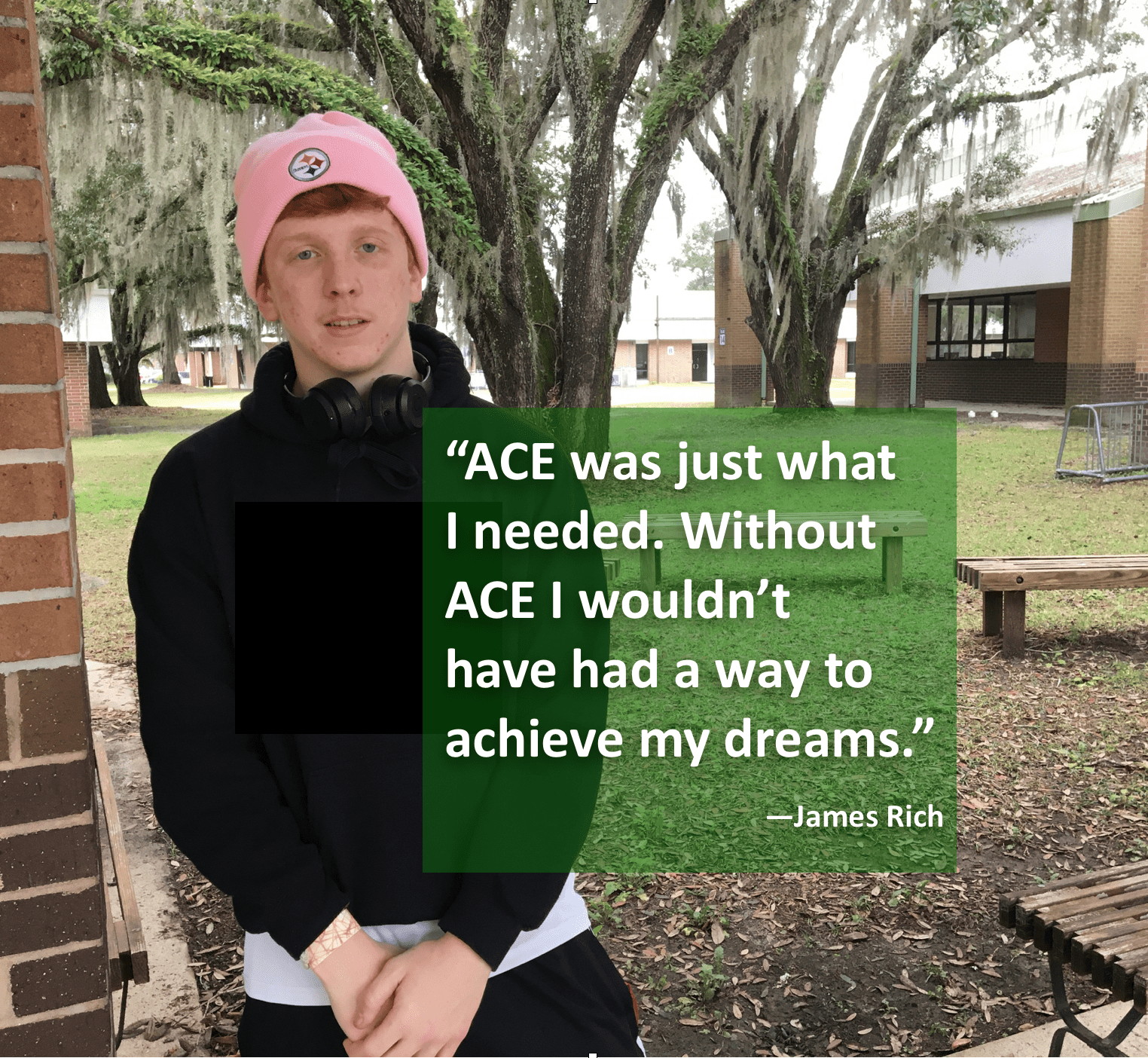 His parents inspired him to plan for a future career, and ACE helped him find the path he needed to achieve it.

“Without ACE I wouldn’t have had a way to achieve my dreams,” the 17-year-old explained.

James Rich’s father taught him how to work with his hands and to be a carpenter since he was very young. “I can lay a floor, build a cabinet and do most anything that way and I enjoy it,” he said.

His mother was a Navy combat photographer and her stories of a rewarding career in the Navy and flying on a rope behind an airplane to take photos of soldiers jumping out of it have inspired him to dream of being in the Navy’s special forces. Specifically, James is interested in being a medic with SARC—the Special Amphibian Reconnaissance Corp.

While James dreamed of an exciting future, he wasn’t doing well in high school. “In all honesty, I was having trouble getting to school and you can’t do well if you’re not there.” James had some challenges with his schedule and so he and his parents decided to try ACE’s GED® Prep classes where he could earn his high school diploma by passing the GED® test.

“ACE was just what I needed. ACE is calm. Classes worked with my schedule. It wasn’t hectic like high school where you’re rushing to change classes and there is a lot of drama. I would walk in casually and the receptionist would say ‘hi’ and ask me how I was.”

At 17 James has earned his high school diploma a year and three months earlier than he would have if he graduated with his traditional school class. He is waiting for a date to head to basic training with the Navy.

“I know it’s really hard to get into the special forces, so if that doesn’t work out I will do carpentry in the Navy,” James said with a big smile. Either way, he explained he is a year and three months closer to having a good job and maybe marrying his high school sweetheart than he would have been.

“I am thankful for ACE!”

Brianna found success passing the GED® test when she didn’t give up!
November 23, 2020